How to Raise Metabolism

Graviola is a tropical fruit. It is a big fruit with a greenish-yellow, spiked peel. Considered a strange fruit, Graviola is an important source of ice cream, nectar, and liqueur.

Alternatively, Graviola is known as guanabana. According to research findings drawn from laboratory studies, one of the top 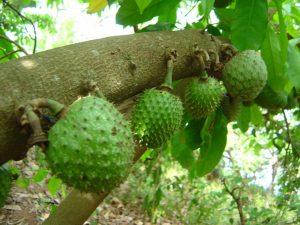 More research is underway to validate that Graviola has cancer-fighting properties.

Cancer – What is it?

It is a lethal disease. Cancer happens when malignant cells grow and spread in the body. It has a wide range of causes, including toxic substances like cigarette smoke, pesticides and solar radiation.

It is also a hereditary disease, as Dr. Georges M. Halpern, a doctor and the writer of the “Medicinal Mushrooms: Ancient Remedies for Modern Ailments”, notes.

Cancer cures have always been chemotherapy drugs, radiation therapy, and surgery. Today, however, experts are studying Graviola to determine whether it can be an additional cure for cancer.

Annona Muricata is the botanical name for Graviola tree. It grows natively in the tropics, including southern Florida, Amazon, and Mexico.

Graviola is a Portuguese name that emanated from Brazil. In Spanish, however, the tree is called Guanabana. Other common names for this tree are Soursop, paw paw, custard apple and Nangka Belanda.

Leslie Taylor, a naturopath who is also the writer of the book “The Healing Power of Rainforest Herbs”, the 2005 edition, says that the Graviola tree contains Annonaceous acetogenins. These chemicals are in the root, bark, leaves and seeds. 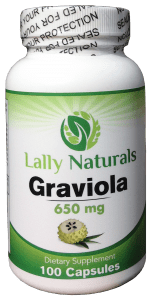 The Annonaceous acetogenins are responsible for healing cancer tumors, according to research findings. They also keep the body from new attacks by cancer cells.

A laboratory research that was featured in the November 2010 issues of Molecules found that the Annonaceous acetogenins have the capacity to decelerate the spread of lung cancer and Laryngeal cells.

Another study published in the Journal of Natural Products in 2001 showed that a substance drawn from Graviola seeds damaged liver cancer cells and left the healthy cells intact.

The same case applies to people with cardiac problems or women who are nursing or pregnant.

If taking anti-depressant drugs, avoid Graviola because it could intensify their strength and affect MAO-.

Finally, do not take excess Graviola as it could cause nausea and vomiting.