Type 2 diabetes is considered as the most common form of diabetes that is caused by some factors, and some of them include insulin resistance which is a condition whereby the body’s muscles, liver cells, and fat do not effectively use insulin. This type of diabetes develops when the body can no longer produce enough insulin that will compensate for the impaired ability to use insulin. The danger part is that its symptoms may develop gradually and can be subtle because some people with this type of problem have been undiagnosed for quite some time.

Research has disclosed that type 2 diabetes is found majorly in the middle-aged and older people who are obese or overweight. 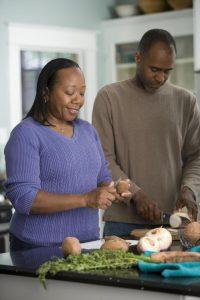 But the incredible part is that the disease that was mostly rare in the youth is now developing in overweight children at an alarming rate. Scientists have carried out their study, and they think that genetic susceptibility and environmental factors are the major causes of this condition.

Genes play a vital role in the susceptibility to this disease, but it is good to note that having certain gene combinations may increase or decrease a person’s risk of developing the disease. This type of diabetes is seen to be prevalent in American Indians, African Americans, Alaska Natives, Hispanics/Latinos, Native Hawaiians, Asian Americans, and some Pacific Islander Americans.

Some studies that were carried out reentry have accelerated the pace of gene discovery. The gene variants that increase susceptibility to type 2-diabetes have been discovered, but the problem is that the majorities are yet to be identified.

The variants of the TCF7L2 gene have been found to be susceptible to this kind of diabetes. Those people that have inherited the two types of the variants are at a high risk of developing the disease at a higher rate of 80% compared to those that carry the gene variant 1. But it is also not even safe for those that have the variant because they are advised to take a good diet and participate in physical activity so that it helps reduce or delay diabetes from building up.

The tendency of becoming overweight or obese can also be sparked off by genes. The drift gene theory suggests that genes increase the efficiency of metabolism that extracts energy from the food you eat so that it stores it for later use. This is a survival trait that was advantageous for places that had scarce food supplies. But the condition cannot help us in the modern society where we have plenty of food that will automatically promote the disease. 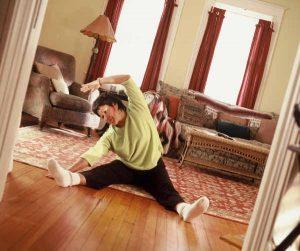 These two factors are strongly related when it comes to the development of diabetes 2. This is because an imbalance between the caloric intake and physical activity can lead to obesity. Central obesity is a condition where a person has an excess of abdominal fat, and it has been found that it has become a risk to heart and blood vessels disease. But the good news is that studies have shown that many people can lower their risk for type 2-diabetes by trying to change their lifestyle and losing weight.

This is a common condition that is found in overweight people. Due to their status, liver cells are seen not to work or respond appropriately to insulin. The repercussion is that it will force the pancreas to compensate by producing extra insulin that will make glucose levels to rise hence causing diabetes or pre diabetes.

Abnormal Glucose Production by the Liver

Roles of Insulin and Glucagon in Normal Blood Glucose Regulation

People that suffer from this syndrome have higher chances of developing type 2-diabetes, and the best ways to reverse this 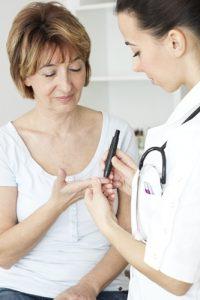 condition is through changing your lifestyle, being physically fit and losing that excessive weight.

The interaction between insulin and its receptor molecules are the ones known to cause biochemical signals that enable the cells to absorb glucose room the blood and utilize it for energy production. But if there emerge problems in cell signaling systems, then it can easily set off a chain reaction that will easily lead to diabetes or even other diseases.

Another key contributor of type 2-diabetes is beta cell dysfunction. This can easily cause inadequate or abnormal patterns of insulin release. The beta cells can also be damaged by the high blood glucose itself through a condition called glucose toxicity. The causes of beta cell dysfunction have not yet been determined. What is known is that gene defects lead to specific forms of diabetes that are called Maturity-Onset Diabetes.

The following characteristics are for those people that are likely to develop type 2 diabetes: