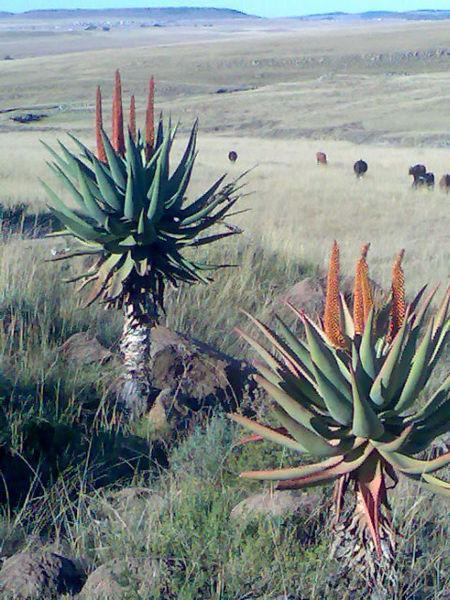 is derived from the Latin word “ferox”, meaning ferocious, which refers to its spiny, thick, fleshy leaves arranged in rosettes. The plant can grow up to 12 feet tall and has red or orange flowers that blossom on the top of its leaves. It is native to the rocky hills and nutrient poor soils of South African provinces such as the Cape Provinces, Orange Free State and Lesotho.

In the past 200 years, Cape Aloe (Cape Aloe Powder) has been used as a purgative and laxative. Later, it was developed to be used in cosmetic products such as soaps, lotions, hair gels, body creams, oils, shampoo and conditioner, because of its nourishing effect on the skin. Fresh cape aloe leaves are also used to soothe irritated skin and

treat wounds because of its anti-inflammatory and antibacterial properties. It is loaded with vitamins and minerals, amino acids and antioxidants that promote call renewal. – Cape Aloe Powder

Cape Aloe Powder – When made into juice and taken orally, Cape aloe can help treat common colds and flu. It can also help regulate blood pressure and control blood sugar levels. There is also evidence that the juice can soothe stomach ulcers, heartburn, indigestion, and improve liver function. The topical form of cape aloe provides natural relief for acne, sunburn, dry skin, rashes, insect bites, dermatitis, skin allergies and even frost bites and varicose veins because of its capability to improve local blood circulation. Topical application of Cape aloe is considered safe except for occasional local irritation because of allergic reaction. It is natural, non-toxic and has no undesirable side effects. It is now famous for its detoxifying properties and that it also helps in losing weight naturally. However, taking cape aloe with other herbs must be guided by a health professional to avoid unwanted interactions. – Cape Aloe Powder