What is Saw Palmetto?

Saw palmetto (Serenoa repens) is also sometimes referred to as Sabal serrulatum especially in alternative medicine. As its name 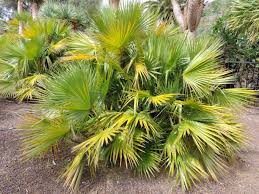 suggests, saw palmetto is a small palm of about 20 leaflets armed with sharp spines. This palm grows as high as 6 feet and it is commonly found in dense undergrowth of pine woods in sandy areas along the coasts.

This plant is common in the US especially in the coastal lands of the southeastern region.

Saw palmetto fruit has been extensively used by Native Americans for centuries mainly as a food source but also for its medicinal benefits.

Extracts from the fruits are now used in alternative medicine to treat some health problems especially benign prostatic hyperplasia (BPH). In fact, saw palmetto fruit extract has become the most popular herb for treating this prostate problem which is common in older men.

Benign prostatic hyperplasia is a medical disorder that is characterized by an increase in prostatic cells thereby leading to the formation of large nodules around the urethral in the prostate. The nodules are sometimes large enough to partially or completely block the urethral canal, making the flow of urine very difficult.

Among the various groups of phytochemicals present in saw palmetto, fatty acids and phytosterols are the main groups of bioactive 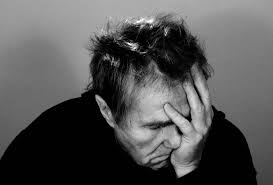 chemicals responsible for the therapeutic effects of the herb. Therefore, herbal formulations of saw palmetto are standardized by these two active liposterolic components.

The fruit of the plant also contains some polysaccharide sugars which are believed to have anti-inflammatory and immunomodulatory effects.

Depending on the solvents used in preparing the extracts, the liposterolic content of saw palmetto supplements may vary from extract to extract. However, a standardized extract of saw palmetto must contain at least 80% to 95% sterols and fatty acids to be effective.

How Does Saw Palmetto Work?

Many clinical studies have investigated the efficacy of saw palmetto extract in improving prostate health but these studies have produced mixed results. However, saw palmetto remains the most popular herb used for the treatment of prostate enlargement and its use for this indication is growing.

In addition, anecdotal evidences and clinical treatment data indicate that the herb is effective in respect to treating prostate problems. 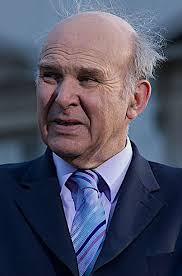 Although the mechanisms by which the active components of saw palmetto fruit extract work are not completely understood, many theories have been proposed as to how they function.

The most popular of these proposed theories is the inhibition of testosterone action on the prostate.

Testosterone is an androgenic steroid hormone secreted by the testicles and ovaries in men and women respectively. One of the functions of this steroid hormone is the development of the prostate.

In men, a small amount of this hormone is reduced to the more potent dihydrotestosterone (DHT). This conversion can occur in the prostate as well as other parts of the body. DHT in turn is responsible for the growth and enlargement of the prostate and it is a major causative factor for BPH.

This reduction process which produces DHT from testosterone however requires the action of either one of the two enzymes, 5-alpha reductase type 1 and type 2. By blocking the actions of these enzymes, the phytochemicals in saw palmetto can halt the production of DHT and, by extension, relieve and even treat BPH.

Furthermore, it has been proposed that saw palmetto hinders the binding of DHT to the androgenic receptor but detailed explanation of this mechanism is lacking. However, the result of this antagonism is the reduced activity of DHT on the prostate.

Yet another possible mechanism of action suggested involves the contraction of smooth muscles. 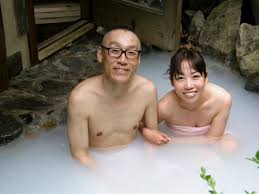 In a way similar to the actions of alpha antagonist drugs, the active ingredients in saw palmetto contract the smooth muscles of the urethral sphincter in the prostate. This action consequently reduces the pressure in the urethral and thus, relieves the symptoms of BPH.

The dual inhibition of DHT by saw palmetto is also responsible for the use of the herb in the treatment of hair loss. By preventing the conversion of testosterone to DHT, saw palmetto stops the progression of androgenetic alopecia, the most common type of hair loss.

In addition, androgenic receptors are also present in hair follicles, and the phytochemicals in saw palmetto can also block DHT from binding to them.

Saw palmetto has long been used for various aspects of prostate and urinary health such as urinary symptoms associated with an enlarged prostate, and the pain and inflammation from prostatitis. Saw palmetto (from the American dwarf palm tree) contains fatty acids and sterols and also works best when combined with other prostate supplements. 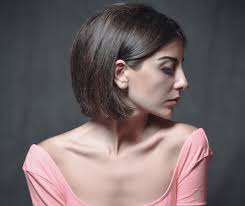 Saw palmetto is used throughout the United States and Europe for promoting the health of men with an enlarged prostate (BPH). The beta-sitosterol in saw palmetto works by reducing levels of DHT (dihydrotestosterone) and inhibiting the activity of the 5-alpha-reductase and receptor sites on cell membranes. This prevents the cells from absorbing DHT, which is associated with BPH.

Studies on saw palmetto show that it works best for BPH symptoms when it is used in combination with stinging nettle root extract, quercetin and curcumin. In fact, the reason some studies of saw palmetto for management of BPH have not yielded good results is because they failed to use saw palmetto in combination with other selected supplements. For example, an updated review in the Cochrane Library (May 2012) evaluated 17 randomized controlled trials (with 2,008 participants) and compared 320 mg per day of saw palmetto with a placebo. The reviewers found that saw palmetto alone was no better than placebo in improving lower urinary tract symptoms (LUTS).

On the other hand, a 2011 study evaluated the long-term efficacy of treatment with a saw palmetto extract in men who had LUTS (urinary tract symptoms) associated with BPH. They treated 120 patients with mild or moderate LUTS daily for two years with one capsule of 320 mg ethanolic extract of saw palmetto. At the end of the two-year treatment period, the men showed a statistically significant improvement in their International Prostate Symptom Scores (5.5 points), quality of life, Qmax (urinary flow), International Index of Erectile Function (IIEF; 6.4 points) and reduction in residual urinary volume. Their prostate volume had declined from a mean of 39.8 mL at baseline to 36 mL at two years. The study’s authors concluded that treatment with 320 mg of ethanolic saw palmetto extract long-term is effective in reducing urinary obstruction, improving LUTS, improving quality of life, and that it has a positive impact on sexual function (illustrated by the statistically significant increase in the IIEF).

Saw Palmetto is a popular herb used by men around the world to treat the symptoms of BPH (enlargement of the prostate) and Prostatitis (infection or inflammation of the prostate).  Both of these conditions can cause difficulty urinating, painful urination, and urinary urgency and frequency.

Researchers in Europe put together a study comparing the effectiveness of Saw Palmetto to Flomax, and got some amazing results.

After properly treating any cases of infection, it was found that Saw Palmetto worked just as well as Flomax to relieve the symptoms of chronic prostatitis, but in addition to that it provided better relief of pain with no side effects.

Their conclusion is that Saw Palmetto is a superior treatment to Flomax for the symptoms of chronic prostatitis. 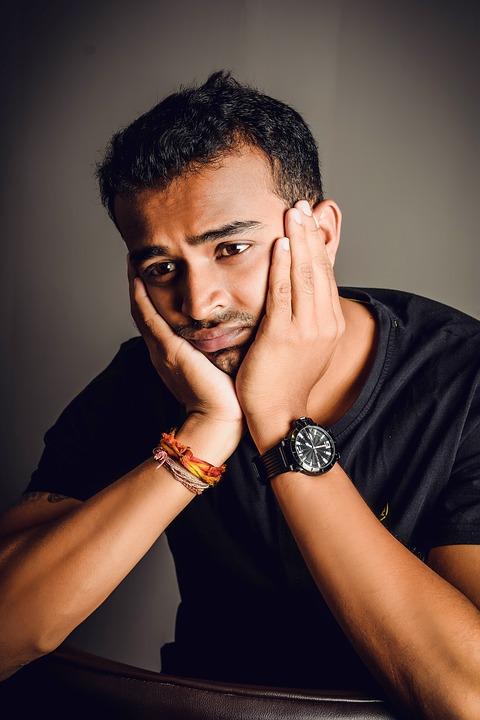 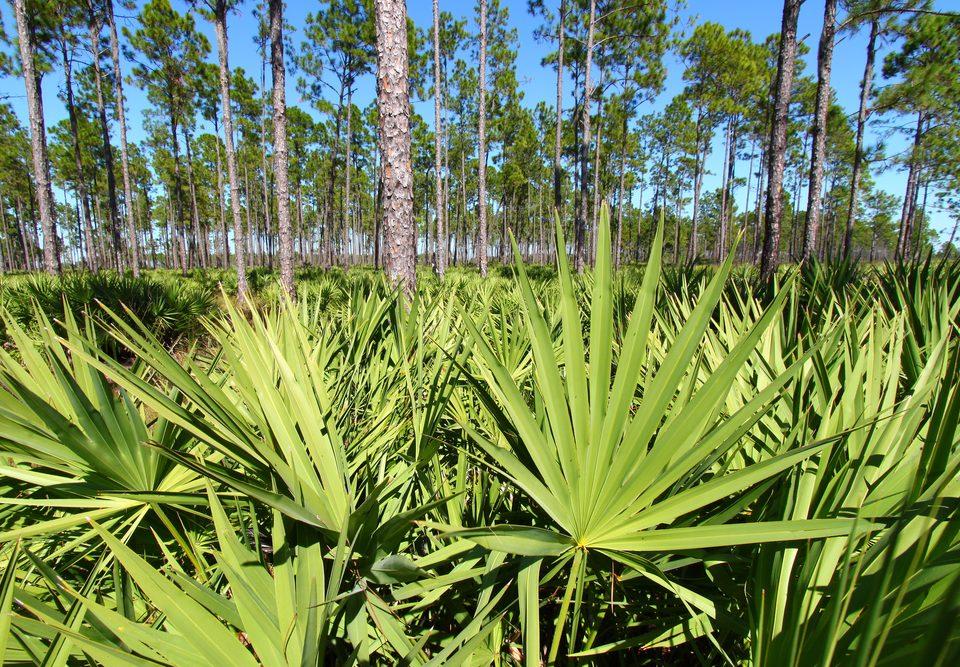 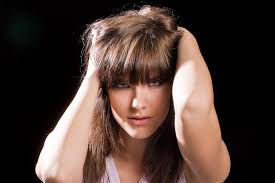